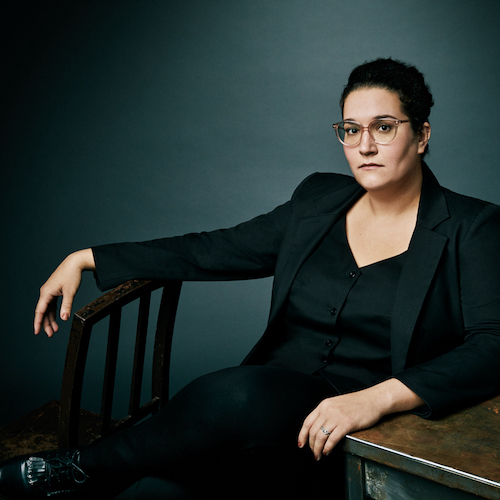 Carmen Maria Machado's writing defies and blends genres such as surrealism, fantasy, and horror to create writing that is so palpable it seems alive. Her work has been compared to that of Shirley Jackson, Kelly Link and Angela Carter, but with a voice that is uniquely her own.

Growing up in a household where storytelling was always present, Carmen has been writing her whole life. She learned about stories through reading, as well as oral tradition in her family. She holds an MFA from the Iowa Writers’ Workshop and is the Writer in Residence at the University of Pennsylvania. Her spellbinding debut short story collection, Her Body and Other Parties, was longlisted for the National Book Award before it was even published. It was a finalist for both the National Book Award and the Kirkus Prize, and it was the winner of the Bard Fiction Prize, the Lambda Literary Award, the Brooklyn Public Library Literature Prize, the Shirley Jackson Award, and the National Book Critics Circle’s John Leonard Prize. In 2018, the New York Times listed Her Body and Other Parties as a member of “The New Vanguard,” one of “15 remarkable books by women that are shaping the way we read and write fiction in the 21st century.”

Her memoir, In the Dream House, was Longlisted for the Andrew Carnegie Medal for Excellence in Nonfiction, was the #1 Indie Next Pick for November 2019, and received starred reviews from Kirkus, Booklist, and Publishers Weekly. Of Carmen and her memoir, the New York Times writes, “Welcome to the House of Machado. Proceed directly into the forbidden room; enjoy the view as the floor gives way.”

Carmen is an immense fan of the horror genre and has a special place in her heart for Ray Bradbury’s Something Wicked This Way Comes. Set in Shudder-To-Think, PA, Carmen’s newest project is a limited-run comics series called The Low, Low Woods, out from DC Comics, which takes body horror down paths heretofore unexplored in comics.